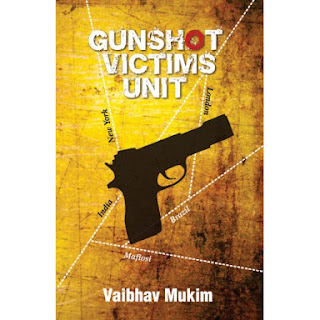 GVU was said to be located in Calcutta, and so the story. The story had many open ends, and I think that the author had not been able to close all of them. The characters were changing with pages, and it had become very difficult for me to keep track of the main character, and surprisingly I didn't understand who the protagonist was in the story.
I had never seen or imagine a place where people everytime and everywhere introduce themselves with their name followed by the place like I am Chetan from Gurgaon, but this book made me visit that place. Even the names of the characters were not chosen aptly for example there were two characters with the name Gru and Guru,now how on earth would a reader read the conversation between the two.

The author had tried to portray a dystopian world but I believe this was a very low researched novel.

I am writing this review on a blog which goes with the name -Smiling Planet, so I have to respect that and also say some good things about this book, and which is that the book is thin.
Posted by Unknown at Sunday, February 21, 2016