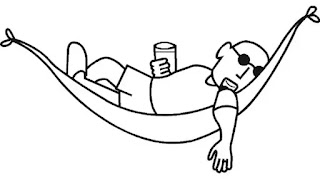 I was wondering what I had been upto last night. I ate 3 Mac D burgers, 2 large Coke, 2 Frenchfries packet and watched 3 back to back movies. I slept at 5, and did realize at that time the rumblings of my old age neigbour who had this habit of waking up at 4-5. I was not sure of the exact time.

Now it is 2 pm, and is scorching hot at 44 deg, ofcourse it is summers. I don't know what to do in the remaining part of the day. When you generally wake up so late, you actually lose the prime time of planning things up; that old neigbour's habit is not that bad also, but it just doesn't go with me. I usually get to my senses at 9, but sometimes in 2-3 months this is fine, you know waking up at whatever time, and feeling lost.

This bird sitting on the LAN cable, that passes over my balcony, at the very moment resonates with me, as she also looks to be lost. Now I don't know how She is  'she', but I generally address unknown creatures as she, I think that I am very lucky..haha..My wife would kill me, but she is not at home, and I actually don't know where she has been and also didn't left any message. The last I remember is she waking me up with soft touches and then after a minute I did remember a sudden impact on my belly and legs and then blackness. I would call her, but let me eat something. I have also sometimes observed that no matter how much I eat in night, I would wake up famishing for something or the other. I know some google-lover would answer some crap about metabolism at night..and I would say -Fuck you. I want to have another opinion to this, which is less scientific, and more ........umummmm -I don't know.

That bird flew away, disturbing the leaves of this unknown tree. There were many fallen dry leaves on the floor. These leaves are lifeless or dead, but even than you would not turn your face away. There are very few things who have that ability to look beautiful even when they are dead... I also can not name other than this, but there must be more, I think so.....

I made myself a cup of tea garnished with tulsi, elaichi, ginger. Finally, the tea did the job and I got back to my senses, and realized that it is 4 0 clock, and wife whatsapped me to reach at my cousins place....I need to hurry up or else....you know...don't you