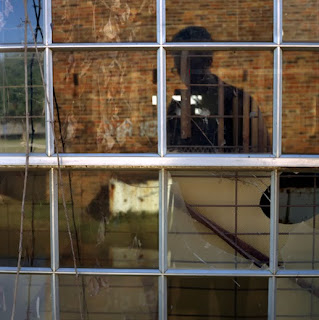 It was 6 A.M on a chilly but pleasant morning, and Raj was standing in front of a closed window watching his own reflection on the glass. There was still some time left for the day to be completely blessed with sunlight. He went there to feel the weather and check the traffic four floors below on the highway from his drawing room.

His reflection took this thought away and he began thinking of himself, his past and the future ahead. He remembered the time when he broke his chin while playing "Hide and Seek" with friends. He remembered how mother came running to him with medicines and and then everything became good.

His reflection smiled. He remembered the smile when after the rigorous studying routine of 4 months, he smiled after seeing the results of engineering entrance exams. It was the time when he use to sleep for four hours on bed, and sometimes for forgotten hours on glowing study table.


The buzz of the ducati on the highway brought him back to the present. He found the traffic too low at this hour of morning, and pondered over to take his wife out on a long drive to spend a good time with her.

It had been a long time that both of them had spend good time together free of all the cell phone buzzes, cyber notifications, and always-urgent-office mails. He knew that no gift can reconcile their lost time. He knew that only time could heal the time. He therefore decided to take a day's off, and dropped a mail for urgent leave to all the stakeholders, quickly set up the 'out of office' notification and switched off his cell phone and threw it away in some corner of his work table.

Riya, on the other hand was getting ready for the office, but was surprised by his exploring hands on her. She gave him some time silently but then put them away. She turned back and said, " Honey, not now. This is not the time and aren't you getting late for the office"

" I know, but I have a surprise for you"

"What????", trying to hide the excitement, and turned away from him.

He holded her back and asked "Where is your cell phone".

"Why??" she asked curiously.


Their love had already lived that phase of baby, honey, lovey, dovey, or whatever, and Raj had understood this fact very well, but he also knew that they were yet to enter that next phase of love, where apart from exploring their bodies they would start exploring each other's wishes, happiness, weakness, and would finally start living each other's life.

She handed her phone to him, and started looking him working on it and then at cellphone.

After a minute he handed back her phone. She was surprised, and got very angry to find that he switchoff her phone. She asked her angrily," What did you do with my phone????"

"We are going out and have mailed to mine as well as your office that we would not be able to come due to some urgent work, and switched off the phones.

She was dumbstruck, and hurriedly switched on her phone and shouted on him" What the hell have you done, I am having an important meeting with the boss and some restructuring is going to happen in the hierarchy, there are going to be many surprises in the office, and I have to witness that." Raj listened to him silently, but had not expected this outburst from her .


He did not know what to say to her, and remained silent for a minute. He kept watching her mumbling something, and typing a sorry mail to her office, and could perfectly read the last line typed by her " I will very well be there in the office today". He turned back and sat on the couch, not knowing what to do next. He was not worried that he had also missed an important meeting with the vendor, and now the time lines of the project would extend, but he was more worried about both of them and their future. He was not angry with her, but it started worrying him.

Riya realized that she should have at least not raised her voice. She thought over it and came to the conclusion that actually it had been a long time that they have gone out when there was nobody to disturb both of them. She, somewhere from inside now was dying to go with him, but knew that words and sorry emails could not come back even with time.

"I know honey I have done wrong, but please understand...love you" and she went out for office.

Raj didn't know what to do now, but was sure that he wouldn't be going to office. He remained seated at the couch and closed his eyes.


Riya had a bad day, as her mind was preoccupied with Raj and their cancelled visit. She didn't even know whether he had gone to office. Riya loved Raj a lot, and she knew that she loved more than he ever did but her work had kept her so much occupied these days that she didn't even know how Raj's work is going. There was time when she used to call him thrice from her office for timely breakfast, lunch and sometimes even tea, but she cursed herself for today that she didn't even know where he is. She decided not to call him but give back him a lovely surprise to rejuvenate their love.

She left her office at 4'o clock instead of 8, bought a lovely dress for herself, a dress that Raj would like her to see in. Riya knew him very well, his likes and dislikes better than him. She knew that he would not say a word but his expressive eyes would tell her everything. She now became very eager to be close to him, to get back to home before him and be ready to give him a surprise.

She also brought his favorite pizza bread, if in case conditions didn't get easily in control.

She reached home at quarter past five, and entered the house with her set of keys. She hurriedly went to the room, to set things well before Raj's arrival.

She switched on the lights and was amazed to found Raj sleeping on the couch. She felt a guilt in herself, but thought that still she had time, as Raj was not awake. She, walked with floating legs, gave him a cute kiss on head and went inside to get ready.


Raj got up and noticed that the light was on, but he thought it as left opened when he went asleep. He was as baffled about their relationship as he was before going to sleep, but at least now sleep took its toll from his mind. He went near to the windows to have a look on the highway.

His reflection was laughing at him. He did not want to have a fight with her again, and wanted to free his mind from whatever had happened. His reflection  was gazing at him.  He did not know what to say to her so that everything can be like it was before. He wanted her to understand that it the time had come that they both have to live each other lives.


Riya, was almost ready and was looking at herself in mirror. Everything looked fine to her but something was missing. She did not know what, and got confused. She searched absent mindedly in the drawers  but did not find the right thing for the moment. She then checked their common almirah and found it. She remembered that day when he gifted her that illustrious platinum necklace. It was the first day of their love. She wore it today to make it everlasting. She went to the drawing room and found him already awake, standing on the window. She got tensed and thought what she would say to him.


She silently went close and stood besides him. Raj took a while and then noticed that platinum necklace in the reflection and then her. He amazingly turned back and found her standing in front of him wearing a new dress and his gifted necklace. The memories of the day came flashing in his mind. It was the day when they discovered their love, and that necklace was the only witness to that . He had chosen platinum as it was the purest metal with at doesn't tarnish with time.


Their eyes were filled with love, joy and tears. Tears washed their face and rejuvenated their love. He hugged her closely and the moment was captured on that window. They did not make love that day but talked to each other, cleared their differences and slept in each other's arms to enter into that new phase of everlasting love. 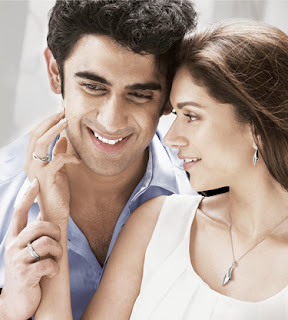 Posted by Unknown at Saturday, October 19, 2013 2 comments: Links to this post