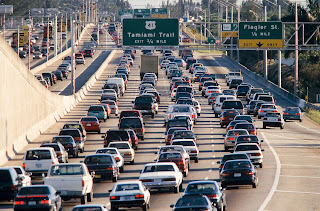 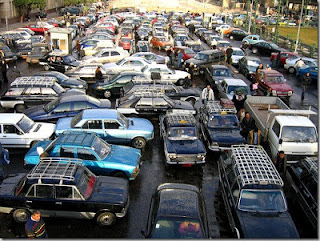 Traffic in this world has always amazed me with its power that can change the lives of people. It may sound vague that how traffic consisting of motor bikes, cars, trucks, buses, loaders, dumpers, and above all the people and their rules can change lives of the people creating it, and what sort of power does that traffic possess?? We all have seen and have been a part of traffic in the places where we live, we may have sometimes followed the governing rules and of course at times may have broken the rules……Hey, it is not like as the general cinema proverb that says “Rules are meant to be broken”, but it’s a normal tendency of a human being to always do something natural and not what is artificially created and here it applies to rules created by society. As a result of this behavior we break the rules and that creates abnormal conditions on road, causing accidents and at times in a good number.
In the Part I and Part II of this series I have put up my thoughts about how traffic emerged in this world and how greediness in oneself is responsible for increasing the traffic and changing the course of life, however in this part I would like to pen-down how traffic can be helpful in judging the basic nature of the people living in that society, and how traffic can over-power ones state of mind over a course of time.

People can create two types of condition on road, one either they would follow the traffic rules which is believed to have fewer accidents from all other cases and two they would break the rules and would do as they like. These two conditions can in much broader way classify people into three different ways. Let us first take the case wherein people break the rules and create unwanted conditions as per traffic-police governing body. It is believed to create conditions not suitable for safe driving, I used the word ‘believe’ here because still there is no proof or data which says about a particular city that is most prone to accidents and vulnerable to the increase in number of I-will-not-follow-traffic-rule type drivers. It actually is just our assumption that a particular city has bad traffic or people there doesn’t have traffic sense. It may be true, but I feel that it is not a causal relationship which indicates a particular city to have more number of accidents. In-fact people there would be more optimistic, and that is what I see of them from a bird’s view. You may be considering it an illogical conclusion but that is how I see it. The reason that the people are optimistic is tbecause they just don’t care about any other vehicle and that they are so sure in their minds that nothing is going to happe

No matter what the signal is they just move carefree and which shows the confidence and the optimism in the people there.


Now, if we talk about the cities (should say metros) where people follow traffic rules and have some traffic sense, there people are either neutral or are feared of an unknown cause. People who are neutral are those who follow traffic rules to be in the system and don’t just do it for the sake of doing it. They do it because they feel that it is right to follow traffic rules. These people can either be optimistic or pessimistic, but they are those people who have some logical sense and can think independently irrespective of the flow of wind. They even sometimes break the rules because at times it is logical to break them and just do what one feel is right.

The other class is of fearful people who are afraid of the system, of the police, and that is why they follow traffic rules. They fear government, police even on the case when they follow all the rules; this happens because fear is the basic ingredient of their mind and which governs their attitude. These are the people who cause most number of road accidents.

If you do not agree to me just think for a moment while crossing the road or signal like- what did you just thought of for crossing road. May be that will help me to make you understand this post better.

This is all about people who govern the traffic, let us now come to traffic which over-powers people’s attitude over a course of time. This condition is actually like a lotus that blossoms the marsh or in some cases the condition is like a dirty fish that contaminates a pond. If you are in the midst of unjust traffic then you can become optimistic over a period of time, or if you are in a traffic governed by rules then a better chance would be to become a fearing person rather than a neutral one. I say this because negativity is better attracted than anything else.

On the whole it is people who govern traffic and over a course of time it is traffic who governs people. So, it is better to be either optimistic or logical in the traffic. This would automatically ensure safe and happy driving.