This post has been published by me as a part of the Blog-a-Ton 20; the twentieth edition of the online marathon of Bloggers; where we decide and we write. To be part of the next edition, visit and start following Blog-a-Ton. 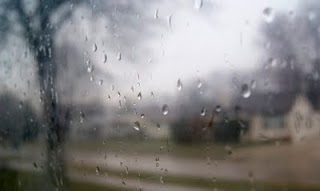 I believe that everybody here search for a perfect home for themselves and their loved ones; a home full of love, care, belief and happiness.  We try to make this home with our hard work and by making money in this mundane world. We just work hard aimlessly towards our goal, by trying to be at  the correct path to reach there. We study, play, work, cheat, smile, cry, in our own way to be happy with our loved ones, and a perfect home is an example, in fact I believe we follow this path to attain each and every desirable thing in our lives.  We do achieve certain things in most of the cases, and sometimes end up ourselves searching for a missing iota in that happiness, but couldn’t find one. We make ourselves believe that, this might be the only thing, we have wanted, and the missing iota is just the illusion of thoughts developed through outside world. We try to make ourselves happy in that thing only.
I believe there is an iota of mist between our goal and us, a mist that can make you realize that self belief is your true virtue; what you believe happens with you. If you can clear that mist and see past it then you will find your each and every goal. You will see a dream home of yours waiting to be delighted with your presence, and you will be able to find out that missing iota in your happiness.
Keep smiling!!!!!!

The fellow Blog-a-Tonics who took part in this Blog-a-Ton and links to their respective posts can be checked here. To be part of the next edition, visit and start following Blog-a-Ton.

Image - Window Rain Drops by Eric Alder
Courtesy - www.deviantart.com via www.blogaton.in
Posted by Unknown at Saturday, May 07, 2011 8 comments: Links to this post 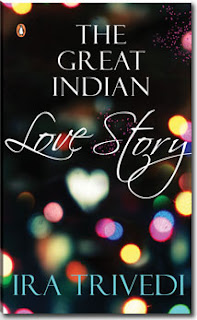 I started this book thinking that it might turn up as a baggage of emotions, love and care. It had always been my belief that anything Indian would have sacrifice, forgiveness and blind belief in its essence. But the book turned out to be a bit different, and the reason might be changing essence of Indian ness; everything was bound to change with time and so the Indian spirit and love. I made these statements with a fact that author Ira Trivedi was an Indian; in the other case it all would become baseless.


The book started with Serena, Riya and their raunchy and wild life styles. The story forwarded with Serena and also the life of people in her life, especially her mother Parmeet. , and finally ending up with giving some tough lesson to Riya to move on in her own life.

Riya had to return to her parents in India as she landed up not having any job in the US University; along with the tragic end of her love story in US. Here, she met with Serena when she was alone in the social circle of her parent’s life, and they bonded up and started partying together with coke and drugs in the sex driven life style of Delhi. Riya found a friend with whom she can chat and pass her free time, while for Serena, Riya was a girl she could share her goods and bad of life. The story moved on talking about Parmeet’s infidelity to her husband and its effect on Serena’s life as a whole. Serena at the end was described as a girl not happy with her life, living on the edge with drugs, sex and cocaine.

The best thing about this book was that every character was described as a first person, and it was rarely seen in the other books. The writing style of the author was also good with simple and direct sentences catching hold of me, when I lost track from three books midway, before reading this one. The base of the story was not so strong, and was wobbling between Serena and Riya. However, this slim and trim 200 page book could be read while travelling or if you would like a change from your hectic office schedule. I would recommend this book only in such special cases.