A trip to Mumbai 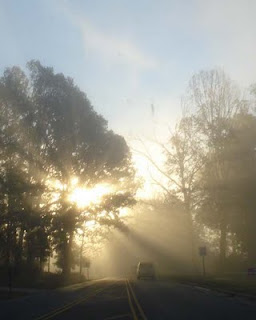 I woke up that sunny morning at 6:00AM to leave early for Mumbai, and the company cab was to come on 6:45 AM. I usually took that much time to comfortably get ready only to avoid last minute rush, and also because the first thing of the day should be with comfort, as it then relaxes you for the whole day. Cab came on 6:40 AM , and we started on time to this once again not-so-much-wanted-by-me trip to Mumbai. I was involved in a project for which I usually need to go to Mumbai, and thank god company provides a cab that comes to pick you up from home, otherwise it would have become a nightmare, in this city of Pune to get up at 6’0 clock, and go to a 15 km away railway station; icing on the cake had to be unavailability of autos.

I took the back seat of the car, just because to be comfortable with my bag, laptop and some office files. I usually don’t talk to drivers much, as it’s in my nature to only talk when required, and sometimes drivers understood it as arrogance, and sometimes they are also of same nature. There is one more class of drivers (like the one I have today) who are extrovert. These people in most of the cases don’t let you bore and fall asleep as they keep throwing tantrums and useless talks in the whole journey. The silence in the cab was finally broken by Sheena, morning RJ on Radio Mirchi, and subsequently with the item number ‘Sheila ki Jawani’. The hotness of Sheila, was drenched by cool and sexy mountains, this is one thing that I like about Pune is it doesn’t have that many sloppy roads and even it is covered with mountains from I suppose all around.


I was amazed at a question posed to me, whether ‘ Sheila ki Jawani’ was better or the ‘ Badnaam Munni’. This all time favorite debate on the news channel was put forward to me by no other than a person who is of my father’s age. I would have answered ‘Sheila ki jawani’, for my own reasons, but I just chose to give the diplomatic answer and end the debate shortly. This case was like a tiger who becomes a man eater, once it drinks human blood for the first time, and so at least I was refrained of him talking nonsense any more. He talked about different other people who had been to Mumbai in his cab, and how the journey had been with them. He talked about their courtesies to him in giving him money to eat; talked about the places he had been with them. I was just nodding and my eyes were glued to the high and courageous mountains with wonderful greenery on the Expess Highway. Some of the mountains were cut to make roads, visible with the profile of the mountains, and the less space between roads and those cut-impression mountains. After travelling some kilometers, green fields and the land marks of the nearby eating places reminded me of my hunger that I have not eaten or drunk anything, hardly than a glass of water. I got the car stopped at the café known as ‘Dutta snacks centre’, I wonder whether it is owned by Sanjay Dutt or his family.


Remembering that he expects money from his customers to eat, I called him and instead of giving money, bought him a dish of his liking and a cup of tea. This instantly changed his attitude to one of servile behavior, and he himself brought a cup of tea (took coupon from me, of course) for me. I then forced him to sit with me on the same table and have his dish of Poha. I also had the same thing, and after finishing one, my appetite was not fulfilled, so I took one more, and also forced him to have one more( I thought let him eat whatever and he wants). I could see, he was on clouds by having second dish free of cost. He then sincerely, like a good driver finished fast and left the place early to be at this place before his lord arrives.


His attitude got changed, and started talking honestly to me; free of pretension, and allusion, that could help him get some profits through me. I was amazed at how just a simple favor can change someone’s thinking and in fact nature.


We reached Mumbai on time, at around 10; 30 AM, an ideal time of a day to talk business, when everyone is fresh of their minds, and thinking of the day’s work. This actually is very important to hit the target at right time, as mental and psychological impact can get you anything you want.


It was 5:30 PM and I was still in Mumbai, tired after machine inspection and some serious business talks. We started at around 5:45 PM, and I could not sleep as car was not running smooth due to heavy rush on the road. It was only after an hour, that I could relax as we reached outskirts of Mumbai.


I only woke up by him, when we stopped somewhere in between to have some snacks, I had a Paratha, and him most-sold out-famous-maharashtrian dish, Vada Pav. I got refreshed after this and started listening songs on my mobile with ear plugs on and thinking about life of this driver. I asked him do you like songs, and the reply made me remove my ear plugs and play the old song collection that I have, and there starts the debate of who had the best old songs collection. I was only talking to him to just know, how good could he be with the customer, and whether that goodness in him is only because of that small favor in the morning.


We ended up exchanging some songs through Bluetooth, and I gave him some 2-3 songs of his liking. He took me through the shortest route so that I could reach home early. He didn’t care that some 15-20 extra minutes can make him bag more money to his family. I liked it, and I was also wrong, that this change in him was not due to the monetary favor that I had on him but because I made him sit at one table, and offered him second dish.


I realized that love and care is the only thing that is keeping us alive. I would cherish this trip to Mumbai forever in my life, as it cemented my belief that only love and care can lead you to live a smiling life.

Email ThisBlogThis!Share to TwitterShare to FacebookShare to Pinterest
Labels: travel

Mumbai is live because of the people and culture....the ancient heritage which was initiated by Buddhist and currently the cosmopolitian culture enables all to survive interdependent on each other. I relished the highs and lows of mumbai for 12 years.

Im a Mumbaikar and I just love Mumbai

@deguide
yup i agree
thanks

@abhilash
its a place to love
thanks