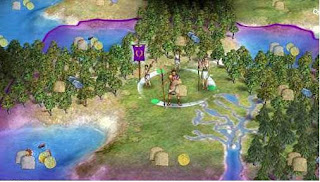 When civilization took its first step, people started living in the region fulfilling their basic needs of livelihood. They started habituating near lakes, water resources, and started farming. At the initial years, people use to stay at the same place, but then as human desire is never satisfied whether in the twenty first century, or the first century; they started exploring new areas and travelling to different places. They either use to travel through ship, or cover large distances on animals.
Slowly they came to the realization, that world does not only consist of their place of living, but is a far bigger pool of different places, which are to be explored, travelled and enjoyed.
At that time, there were no automobiles, and so there were no roads, one has to travel to uneven mountains and wild forests, always with the fear of getting attacked by wild animals. So at that time, not everybody travelled, but only few, and brought back some newly discovered things from newly explored areas. They use to take all the basic amenities with them, and return after many days, if at all successful in their purpose. That was their way of life, surviving on the things that were at hand, while waiting for the other things to be brought to them.
Again, his mind is enticed to the ditch of desire, and so came the invention of bullock cart, and people started travelling more frequently than ever before.
This had brought a dramatic change in their lives, for they now started living a bit far from rivers, water resources, or their place of work; and now they were free to go at other places without their tiresome walking, but only of animals……This changed their living style, increased their living standard, and also spiced up their life, and added varieties to their food, for now they could have had food grown at different lands, equipped with different nutrients and minerals.
Very soon trade system started taking shape in their lives, for they have realized and truly started believing that all things cannot be made available at one single place. Trade system increased their demands of different things, and forced them to improve their way of travelling.
Then came the invention of steam engine, and it again changed everything, every thought, every view, and their lives changed for the good…..
Automobiles, vehicles came into existence, and people started travelling more than ever before, and now they not only travelled for trade, or for things of necessity, but also for excursion and globetrotting. Then came the invention of petrol and diesel engines, and that made world smaller and flat, and reaching to different places was no big task, for now they had trains, aero planes, and what more.
Trade had now transformed into business, education system had been introduced, new technologies are getting developed each day, and this all together gave birth to traffic, which we see today.
People travel to other places to lead their lives, to solve their purpose, and within this traffic of inventions, automobiles, and people, I and you were born to lead our lives and to solve our purpose.
I sometimes wonder where this traffic would take us, whether we add up a new dimension to this traffic, or this traffic would transform us.......

will wait for the rest of the part before I say my own view point :)

me thinks we are just one break-through away froma aserious of life -altering discoveries...be it a super conducting material, or time travel, or attaining the speed of light..and am sure amny more.

Once these happen, very definition of life as we know today will change.and we will have to re-write history books.

@lakshmi rajan
i would be glad to know your views on this take
..thanks..

@Gyanban
you are infact right, we are actually always on the verge of new thing getting invented, and that very moment wil change our lives.